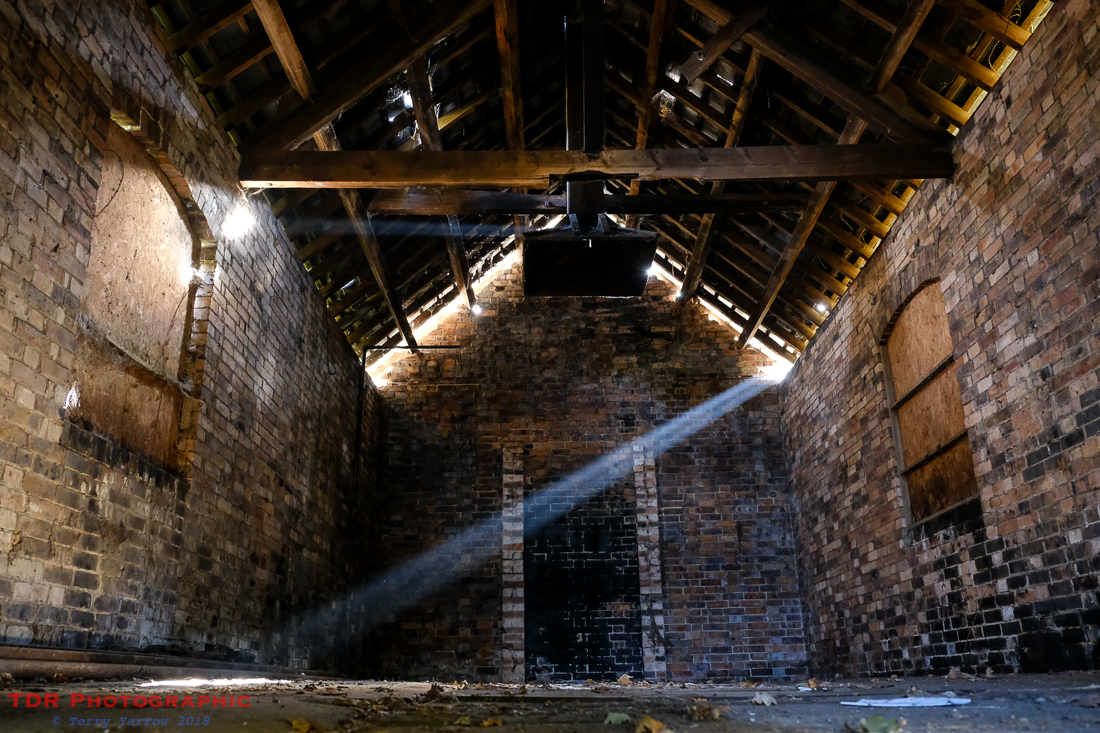 I had another awesome walk yesterday, exploring the Purbeck heathlands and along the way, I passed this old engine shed at Ridge, near Wareham. It was actually locked but I managed to squeeze my camera under the door to get the picture and I was delighted to see how well the sunbeam came out 🙂 !

The Ridge engine shed was part of the narrow gauge Furzebrook Railway which was also known as the Pike Brothers Tramway because it was they who operated it. Pike Brothers were Purbeck clay merchants who mined Purbeck Ball Clay at their quarries near Furzebrook and at West Creech – in fact it is believed that the Pike family had mined for clay since the mid 1700’s, their father having started the business at Chudleigh in Devon. 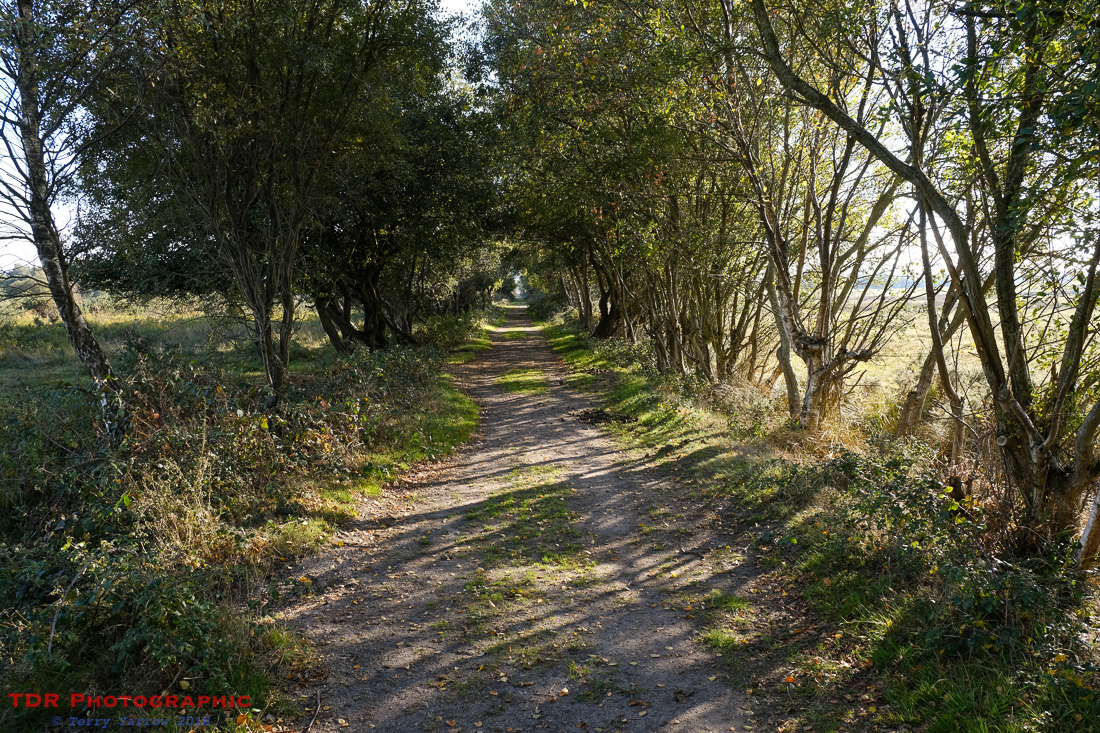 It was William Pike who started the Purbeck operations, his brother John joining him, and they signed a contract with Wedgewood in the late 18th century. Originally, clay was carried by horse and cart to Wareham where it was moved on by barge along the River Frome but as demand increased, other methods were needed. So it was that around 1840, the three and a half mile long Furzebrook Railway was built to carry clay to Ridge Wharf, a mile or so down stream from Wareham, for onward shipment. This was originally a broad gauge track that operated by gravity, with the empty trucks being hauled back up to the quarries by horses. With the invention of steam trains, the track width was narrowed and the wagons were hauled by a number steam locomotives, the first being installed in 1865. One of these engines still survives as part of the nearby Swanage Steam Railway.

Things changed again with the coming of the mainline railway from Wareham to Swanage in 1885, and some 15 years later, the Pike Brothers Tramway was linked to this line so that clay could be moved out by rail, rendering the lower part of the track redundant. With the coming of WW2, the lower part of the Pike Brothers track was removed by the military although the remainder continued to be used until 1957 when the last loco was retired.

Part of the trackbed is now used as a footpath that links Wareham to the surrounding heathlands so the Pike Brothers legacy continues. It was that part that I walked on my route yesterday.

Should you wish to purchase yourself a little bit of Purbeck history, you can, because the old engine shed and some 7 acres of land, including a length of track bed, has come onto the market for offers of around £150,000. You’ll have to be quick though because it is already under offer!

The story is told that even after steam trains were installed, gravity propulsion was still used because the clay workers would ride a single wagon down the line to reach their homes at the end of the day. That must have been some trip, especially with just a friction brake to control it’s momentum 🙂 !

Thanks for stopping by!