I thought I would just do a short series on what I have called. ‘A Picture with a Story’. These are all pictures that have a story behind them which is not necessarily the obvious story 🙂 ! Some of these will have been taken in unusual circumstances and others might be of unusual subjects, and the first of these I have entitled, ‘What Might Have Been’! 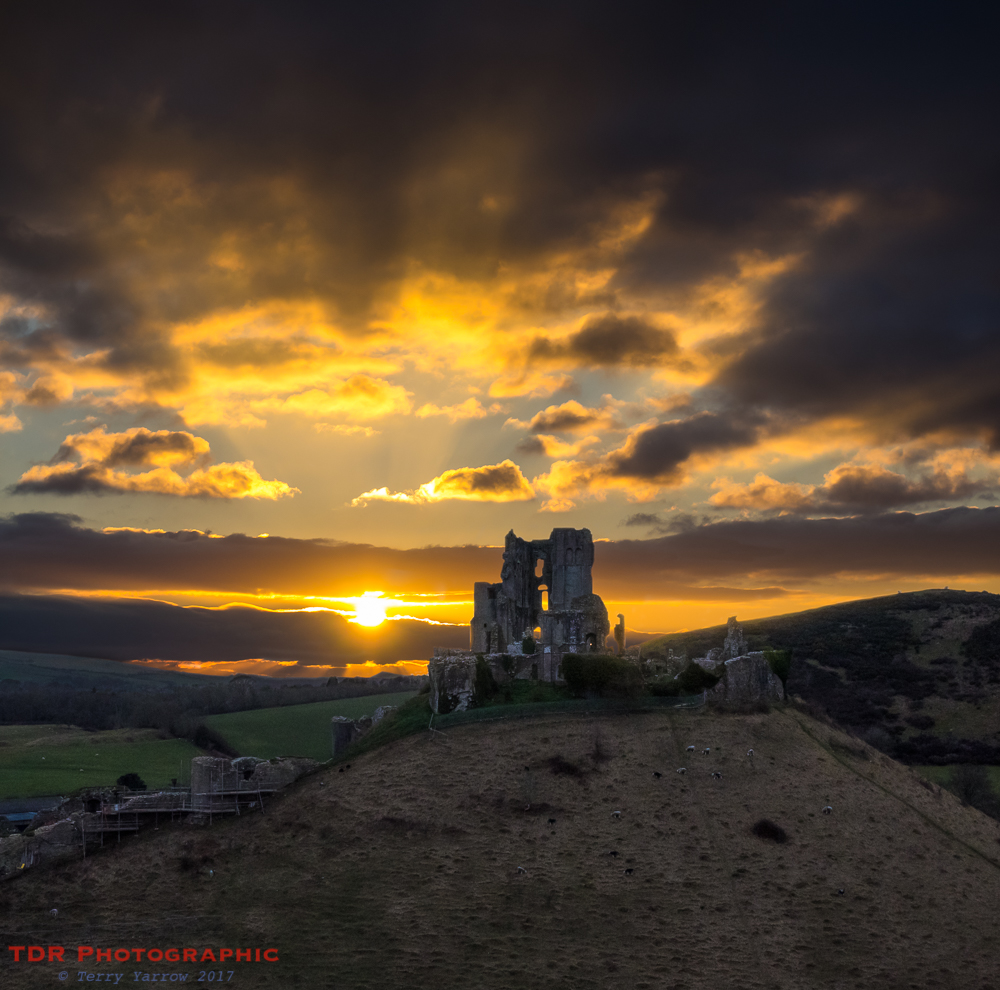 It was a cold February day when I set out on a 16 mile walk. I anticipated a good sunset so I did what I often do and planned my walk so that I would arrive at a good spot in time to capture the setting sun. On this day, I decided that Corfe Castle would be just such a spot so that I could capture the castle in semi silhouette against the sunset sky or that lovely post sunset glow that can be so special with its soft light.

Now the problem with such a long walk, especially in winter is that it is difficult to gauge the time right so that you have an enjoyable walk but still get to take some photographs at the end. Arguably perhaps you should do one or the other, enjoy a walk or just take pictures, because then you can get in position with lots of time to spare. But I was determined to do both! And in fact it all worked out perfectly and I reached the top of East Hill perfectly…..except the weather didn’t play ball!

I could see the sun setting beautifully as I was walking along Nine Barrow Down, and even took pictures of it although with nothing of interest in the foreground, but then ‘Murphy’s Law’ kicked in and the sun did what it often seems to do – by the time I had reached the castle, it had dropped into a bank of cloud on the horizon to be seen no more. And no post sunset glow either, just a dull grey sky! But I took my pictures of the castle anyway because I had an idea how I could achieve what I wanted. 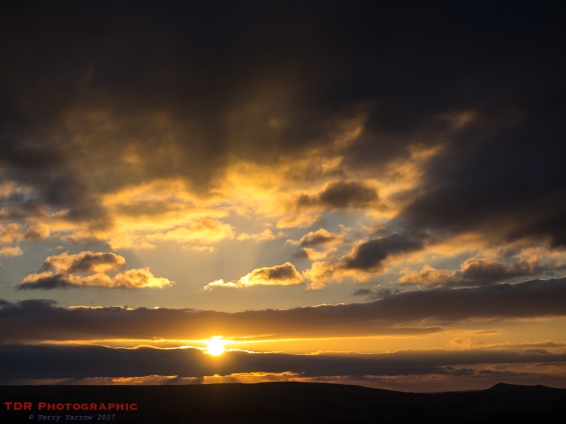 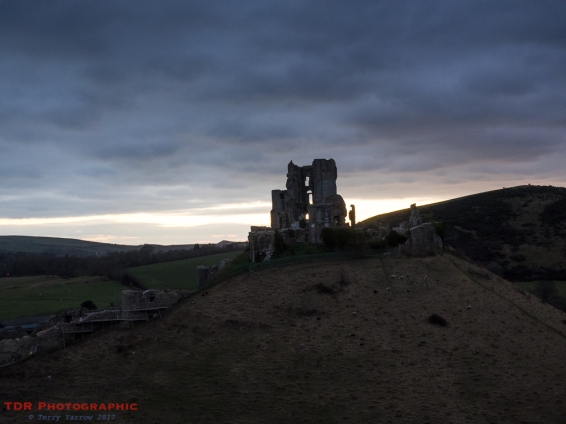 Back home, using Adobe Photoshop, I amalgamated two pictures, using one picture of the castle and dropping in the sky from one of my earlier pictures (the two pictures are above). The result is pretty much what I had in mind. But it does pose a slight moral dilemma, especially if you are a purist photographer. Is it right to manipulate an image? If so, how much manipulation is too much?

I actually don’t have a problem with it if you are producing an image which is obviously manipulated as with a lot of fine art. With a ‘normal’ landscape though I am less comfortable with heavy manipulation although I think this is more about people trying to pass the final picture off as genuine when in fact it is not.

In my case, both pictures were taken the same day and in fact had I walked quicker and reached the castle 15 minutes earlier, the main picture is exactly the picture I would have captured….hence my title, ‘What might have been’. In that sense it is genuine anyway…..or could have been. Plus of course all photographers process their images and make adjustments and enhancements on the computer, be it to increase contrast, brighten a picture up or whatever. This is something that has been done since photography began. Even if you go back to the old days of ‘steam driven’ film cameras, we were pretty adept at manipulating black and white prints in the darkroom using bits of card or our hands, or a second negative, so it is nothing new.

At the end of the day, image manipulation is all part of the overall creative process to produce a final picture that is pleasing or meaningful to look at, but I guess I am a purist at heart and with landscapes particularly I prefer to get it right in the camera in the first place. Besides which, it means less time spent at the computer and more time out on the trail, and that’s got to be good 🙂 !

Until next time,
Your friend The Dorset Rambler