I did say that it was a place that I love to walk…….well, I walked there again last week so I thought I would add a few more quirky and interesting facts about this remote and lovely place.

The first thing is that name and where it came from.  Well it comes from the shape and its resemblance to a facial appendage but I have not been able to establish whether it is the profile shape of the whole headland or, as one source suggests, just the rocky outcrop shown in the picture below.  Does it matter?  Well only to me as I’m inquisitive and like things to be settled!  Actually I think the whole headland looks like a nose – all it needs is a couple of caves for nostrils…..

Just as an aside, I wonder why the name changed from Nose to Nothe – do you think someone had a cold and couldn’t pronounce his S’s properly – I have this picture in mind of someone talking to a cartographer who was drawing up a map of the area and the mispronunciation stuck ;)! 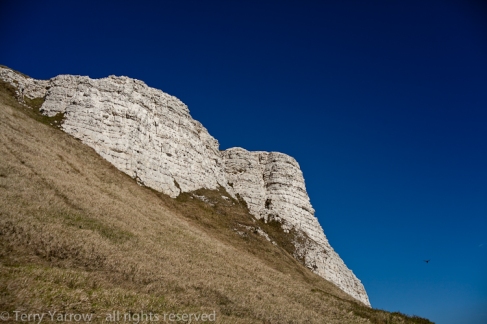 In fact, the outcrop in the picture is not the only one on this headland.  There is a far less well known and perhaps more impressive outcrop below.  It is a massive pillar of chalk known as The Fountain Rock and is seen by few people because it is somewhat off the beaten track, and the beach it stands on is inaccessible.  Which leads me to one of the things on my wish list – one day I want to stand on the shore at the foot of this rock :)!  Now I could get my kayak out again or I could walk the shoreline from Ringstead and take a chance on the tides :)!!  One day…… 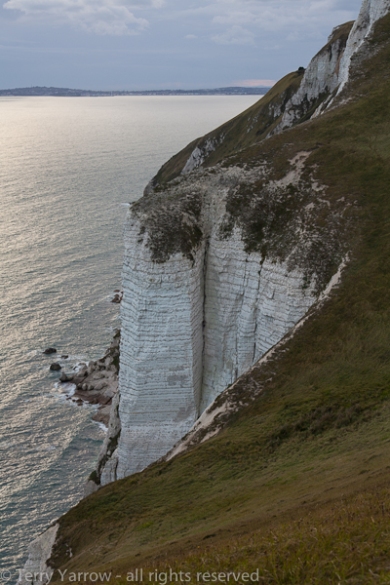 Moving further along the headland in an easterly direction leads us to some more interesting features of this fantastic place.  The first is a series of three shell sculptures, each in its own cupboard – I say three but sadly there are now only two because one has been damaged.  These sculptures were carved by Peter Randall in 1985 at the request of the Weld Estates as part of Common Ground’s New Milestones project.  This aimed to stimulate small scale art works to express a sense of history and the natural world and they feature in a number of places across Dorset.  It seems incongruous somehow to come across these in the middle of nowhere but what a great idea, and a very pleasant, not to mention intriguing, surprise for anyone walking these parts for the first time. 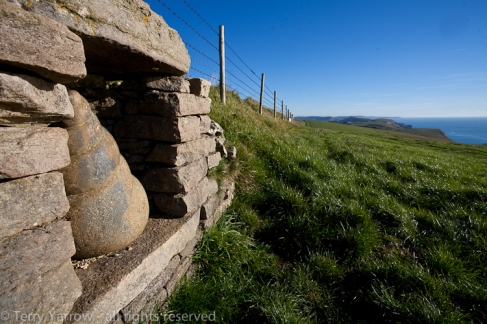 Just a short distance away is something that puzzled me all my life until finally I managed to get to the bottom of what was a real conundrum.  There are two obelisks perhaps a quarter of a mile apart and nowhere was there any mention of their purpose or who erected them.  They are both identical and one is inland of the other – but why were they put there?  Clearly it wasn’t just a random thought someone had on a quiet day when they were bored, and they are far two functional in appearance to be any form of memorial, so what are they?  Answers on a postcard to…….

Actually as mentioned before, the riddle is solved – well at least in part!  After spending a day making numerous telephone calls to various ‘authorities’, each of whom suggested another, I reached the Hydrographic Office in Taunton and they found a reference to these in a publication entitled The Channel Pilot Part 1 (I believe it is a sort of seaman’s guide to the British coast).  This dates from 1908 and the reference actually says, ‘Two white beacons, 24 feet high for the use of His Majesty’s ships when prize firing, have been erected on high land east of White Nose (now known as White Nothe)’.

So the next puzzle was, what is or was ‘prize firing’?  Well it was the test of a ship’s proficiency for battle and on Admiralty orders this was to be carried out annually.  Basically it was a yearly competition to see if the naval gunners were any good – if they were then they went into battle and if they weren’t then it was back for more training.  What I am not totally sure on is exactly how the obelisks were used apart from the fact that they obviously had to be lined up when viewed from the ship.  As the observant will have noticed, they are no longer painted white.

There is one final point of interest at the top of the headland and that is a memorial to the author Llewelyn Powis.  He was one of a family of eleven, many of whom were writers, and for a number of years he lived in White Nothe Cottages that I showed in my last blog.  The cottages went through a bohemian period when many noted people, including Augustus John, visited.

In my last blog entry I mentioned the Smuggler’s Path and the fact that the last 30 feet or so down to the shore involved climbing down a rather rickety looking ladder – well I have now found my pictures of this contraption which I have climbed up and down many times!  I think this is pretty quirky so I thought I should post them :)! 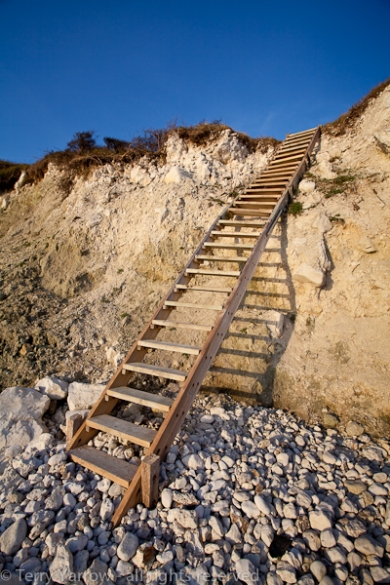 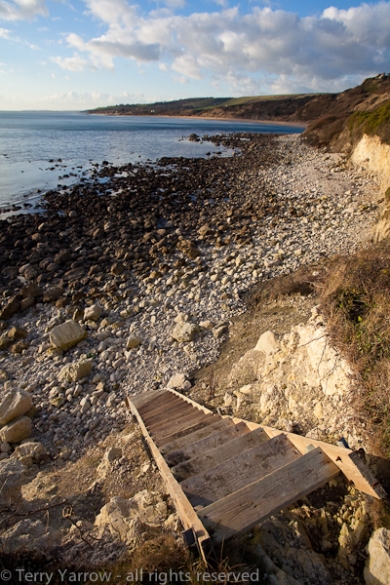 The view from the top

Ringstead Bay through the ladder

Oh yes, and did I mention the old fence posts ;)!  I love them – they are almost as quirky as The Dorset Rambler!  Its amazing what you see when you walk with your eyes really open.

One pleasure I did have on my last visit is that I again bumped into my friend Sally who lives in one of the cottages and we had a long and enjoyable chat.  She did correct one thing from my last post – she does have internet!  So just a tiny bit of the 21st century has finally come to these wonderful old cottages ;)!  Apart from that, the historic features and charm have been amazingly preserved – and long may it stay that way.

Well, for the time being at least, we must leave this delightful place with the strange name of White Nothe and move on to other areas – but more of that next time.  Before we go though, stand with me once more on the cliff top and look out to the setting sun across the mist that has settled on the sea. 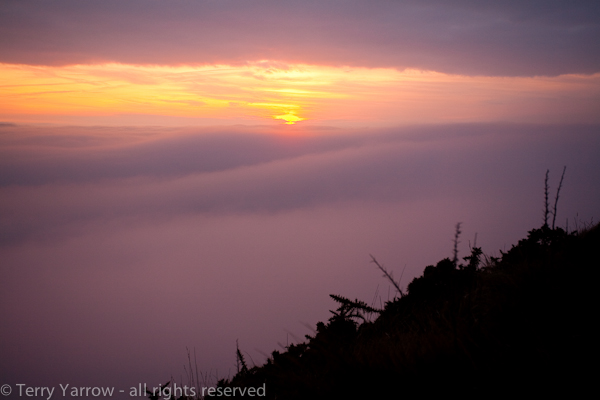